In all honesty my title is probably a little more dramatic than intended, but I mean how could I not? Before we delve into all of my feels, please please please be aware that SPOILERS SPOILERS AND MORE SPOILERS are to follow. For the love of god do not keep reading if you want to be at all surprised by the movie. 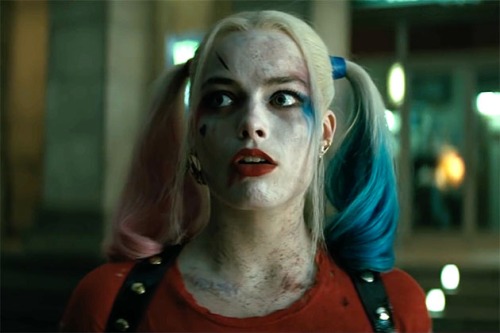 Still with me? Cool. In truth, I have been writing this post since I first saw the movie on opening night. I saw the film twice in 24 hours and yet I still left the theater with the same sort of emptiness and confusion (see facial expression above) I felt after watching Batman vs Superman. Since that day, countless people have asked my opinion of the movie and I really couldn’t fully formulate a direct answer. For me this movie was largely a hot mess but it did still have redeemable qualities to it, so it was hard for me to consider it a total win or loss. After much deliberation and banging my head against several walls, I have put together a portion of my thoughts in the most organized way I could muster.

I’ll get my bad feelings out of the way first. The first 20 minutes of the movie had me cringing. The Joker being a thug still doesn’t feel right to me mainly because, appearance and backstory aside, I do not feel that he has retained the true essence of the character. (Would the clown prince of crime really concern himself with the club scene? I digress.)  The mouth breathing made me feel like I was watching Hey Arnold again and I mean, where were the jokes exactly? The scheming? I guess largely I struggle with the entirety of the Joker’s performance because when the Joker is announced for a film, it’s all but expected that he is highly influential and essential to the plot, whereas here it was all fairly opposite. It was as if he was thrown in just so the company could say “Hey look! We have a Joker! Remember him?”

As expected, Harley was oversexualized to the max (The Joker pimping her out was enough to give me a heart attack). The sad thing is, I shouldn’t have to expect it. Harley is a sexy character regardless of what you put her in and how many camera shots you take of her butt (WE GET IT, SHE’S WEARING BOOTY SHORTS), and it is time everyone collectively realized this. I have become at peace with her outfit (mainly because it’s not the weird purple and red corset they’ve had her in in the Squad comics), but the focus on the lower half of her body for most of the movie was a bit much for me. Moving past that, Robbie’s performance was stellar. She was cute, funny, and had some of the best one liners in the movie. She captured the essence of Harley, which was my main concern (how could she not though, she’s Margot Robbie). In parts where I felt like the movie relied far too heavily on gun fire fights, her fighting was the most interesting to watch. Kudos to the movie for showing how her gymnastics background can come in handy in a fight! Her crowning moment was her reaction to the Joker’s “death”. She picked herself up, kept on trucking, and saved the day, which is the Harley I know and love. While I know that the Joker dying so soon could have never been real, I couldn’t help but hope that he had exited Harley’s story for good. His return at the end, while interesting, kept her in his clutches which I felt was a step backward from the progress she had made. All in all, most of the qualms I had with Harley were all things that can be attributed to the writing and directing of the story. That being said, I am incredibly hopeful for what Robbie may do with a solo movie. With her in charge, I believe we have a fighting chance.

Another saving grace of the movie was the Fresh Prince himself. At this point it is incredibly obvious that in every role Will Smith takes, he is basically playing Will Smith. Will Smith isn’t just Dead Shot, he’s Will Smith as Dead Shot. And it worked and I loved it. The development of his character was one of the more redeeming parts of the movie. His backstory really enriched the character and brought a depth to the story that I think it really needed. I only wish they had budgeted enough time in to give other characters *cough Katana cough* the same kind of detail. The dynamic between Dead Shot and Harley was fantastic and his choice to miss a shot to save her had me smiling pretty big. It’s safe to say that the duo were the best part of the movie for me.

Extremely honorable mention goes to Viola Davis, who we all knew would be the Amanda Waller of our dreams. She killed it (both literally and metaphorically) and was more menacing than pretty much any other character in the movie. I would not want to be on Waller’s team with a bomb in my neck, let’s put it that way.

Bottom line, I could go into so much more (trust that I had paragraphs more of material to add here). I could sit here for hours picking the movie apart for its inconsistencies and deviation from the comics, but at the end of the day I’ve realized it’s best to have a movie/comic separation in all of our heads. If you don’t, you’ll probably go insane. While most of it wasn’t my favorite, I can still wear my Harley jacket, jam out to the soundtrack, and hope for the promise of a better tomorrow. 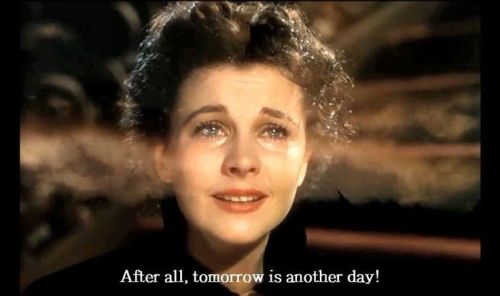